Support The Big Latch On this Saturday, August 4, in Dyersburg, TN.

We are thrilled to support and promote The Big Latch On events happening all over the world!

We interviewed Anastasia Waldron, organizer of The Big Latch On event in Dyersburg, TN. Here’s what she had to say:

“While we are joining together for a breastfeeding latch on many of the mother’s also feed breast milk from bottles only, have to pump and bottle feed due to work or other family situations or even supplement. We will also have mothers attending that might decide to formula feed in the future. We believe “fed is best.” I, personally, had a baby with a lip tie and the Bare bottles helped tremendously during a time between birth and clipping of the lip tie.”

Why did you choose Bare® Air-free?

In reviewing different types of bottles I felt the nipple design and ventless, infant pulled design would be a wonderful option to try in supplementing a breastfed baby.

Did your babies have any kind of acid reflux/breastfeeding challenges due to the lip tie?

My son was born with a lip tie and between birth and cut of the tie was an extremely trying time for this momma. I felt horrible that my new precious baby was having such problems with latch thus causing other issues in the form of reflux and indigestion.

Have you tried other bottles? what was the experience?

We tried 12 bottles and eventually used Bare and Pura Stainless only. They are both a little more expensive than the ones at local stores but significantly cheaper when factoring in all aspects.

Did you find Bare® easy to use?

Once I learned the proper way to get the air out of the bottle the Bare bottles were extremely easy to use. I want to add they are wonderfully easy to clean also. 🙂 remember, only press with thumb. Every time. 😉

Would you recommend Bare® to other moms?

Definitely and I have recommended. How does Bare® help:

While baby bottles typically cause nipple confusion, bottle preference and abrupt disruption of breastfeeding, Bare® Air-free mimics breastfeeding mechanics so babies can learn to latch and breastfeed properly.
Bare® Air-free with Perfe-latch helps moms initiate, reinstate and extend the breastfeeding relationship while supplementing. Between the deep, wide latch that’s needed to latch on the Perfe-latch nipple, the seal and suction the baby has to create to feed on the feeding system, and the flow and pace control technology, the baby is trained to perform a very similar exercise as with breastfeeding. Read up on our real stories on how Bare® helped moms breastfeeding as well as introducing Bare® to exclusively breastfed babies. 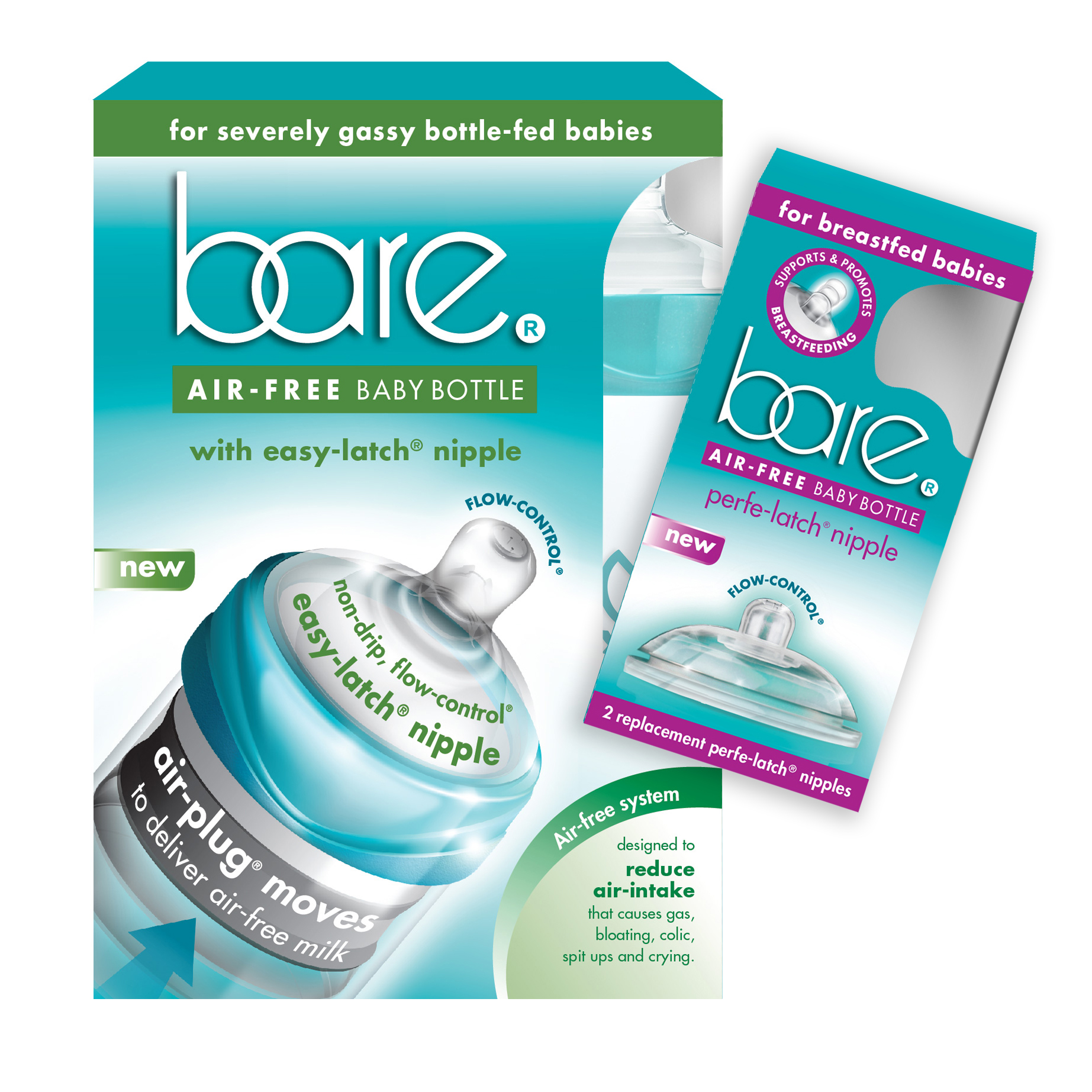 Information presented on this website does not replace physician in-person evaluation and treatment. Seek physician evaluation regarding the health and safety of your baby.

Register to get your discount code.